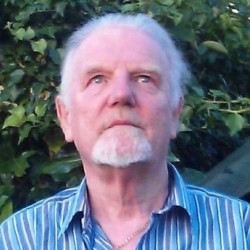 You trained and then became a tutor at LAMDA. Could you tell us about your experience there? What was a typical day like?

I had the privilege of devising my own lesson plans, and often they outpaced student expectations, many of whom surprised me by being so conservative. The most private and obtuse students were unteachable. Not because they didn’t have tremendous talent, but because they already mostly knew how to deploy it. Nonetheless, I had the privilege of encouraging Nigel Planer, Anthony Head, and Nichola McAuliffe, to become leading actors. A typical day would cover improvisations and comedy timing, exploring texts, old and new, and stretching the vocal chords and limbs, as well of course, empathy and imagination.

You taught many young actors in three other London drama schools. What would be your three pieces of advice for any budding actors?

As a young professional you appeared in Dixon of Dock Green and acted with ‘Awesome’ Orson Wells, Dame Maggie Smith, Glenda Jackson CBE and Jack Warner. Have you any favourite memories of that time? What were they like to work with?

Privately I thought Mr Wells (Awesome) to his friends, was a smug, self-absorbed, big baby. Being a sensitive Soul, and myself a young fresh faced actor, I’m sure he took umbrage. In a still photograph I was lined up with Oliver Reed and Orson Wells. Just before the camera clicked, this giant star opened his arms entirely blocking out my face.

As far as Maggie Smith was concerned, for both of us, our first theatre job. She played a page boy dressed as a girl! She had a boyfriend at the time and therefore, I, and perhaps the rest of the company, didn’t spend too much time with her.

Glenda Jackson and I often met at the labour exchange in Victoria London, she complaining every month of being out of work. Subsequently, I worked with her at Crewe Lyceum very remarkably, before being discovered by a famous international director. It was during that time that she then became engaged, I believe, to the man she married, who was working backstage.

Jack Warner was literally on his last legs ,and moving slower than many men of his age. He’d come up through the ranks of music hall, and because I was a public schoolboy who had acted in a great number of Shakespearean plays, curiously this mega star was as shy with me as I was with him. The BBC asked him to give me lifts in his car when filming at night. Sitting next to him was quiet agony. I say quiet because he never spoke, and barely answered any questions I posed; what’s more drove at what felt like 5mph. It took me some weeks to work out a possible reason for this. With his fame as a family entertainer, he was terrified maybe of knocking down a child and losing his reputation. When I left the show, which secretly I called ‘Cops in Toyland’, he gave me an inscribed pewter tankard.

Your novel Alice In Welfareland sees Alice fall down a rabbit hole into a nuclear bunker. Could you tell us more about the inspiration behind it?

The legend of the Hollow Earth I amalgamated with the little acknowledged fact that Lewis Carroll first called his most famous book Adventures of Alice UNDERGROUND. Written in the time of the Cold War, I, like millions of others, was in a state of tension re a possible nuclear holocaust. In this heady mixture I was led to extend the psychic aspects of the Alice books into a more New-Age awareness of Astral Travel, as well as exploring political satire after the bomb had fallen on the Home Counties.

Would you share with us one of your poems from The Mushroom Men: 20 Imperfect Peace Poems?

Forget mindfulness with much stress
It’s mindlessness that can best bless
One’s spirit in flow
Our Soul’s life will grow
When all our earth’s lessons caress!

Have you ever been on a literary pilgrimage?

Yes, to Stratford-upon-Avon. A clairvoyant once told me I had played the part of a Fool in the days of Shakespeare. A notion that felt curiously apt.

You write two limericks a day. Would you mind sharing one? What is it about the limerick form that you like?

Imagine an ocean in a fish tank with many cross currents with hidden depths, and all of one essence from drop to drop, from ripple to ripple, from side to side and back again. Compact concise multi-layered capsules and due to rhythm and rhyme, at best startling.

You have written many original plays and musicals, had over 30 productions, including Caesar’s Revenge, which is a comedy about reincarnation ghosted by the dead atheist George Bernard Shaw. You are a very spiritual man. When Ink Pantry met you last year, you said that this is your last lifetime. Fascinating. Why do you feel sure about this? Would you mind explaining more?

What a lovely question. The teachings of Eckankar have it that once a Soul through a series of initiations has balanced its past karma on all the lower levels of consciousness, there is no need to return to earth, of all cosmic classrooms the lowest. However, those who are already more than Soul-trippers into the Astral Plane, but can be in residence there consciously, as Second Initiates, it is held that they can continue their spiritual lessons on that Plane and not again descend into the physical world.

No one person but the universe at large.

I read what I’m writing again and again forever re-editing my last edit. Time allowing the i newspaper.

Never regret pain nor lose sight of the highest reaches of human potential for yourself, and for others.

You have several Youtube videos of your own Shakespeare performances. Which Shakespeare play do you prefer and why?

The Tempest, said to be Shakespeare’s own favourite play, and not because alleged to be his last. More refined than A Midsummer Nights Dream, it covers many of the main subjects. Namely magic powers, the Elementals, the equations between beauty and beast, and the healing powers of forgiveness. Philosophically, the passing of time is marked, and the storms of life, as well as human evil intent is all redeemed by a larger love that sings of Soul at its most transcendent.

With regard to education, you say that it works better as an ‘open, warm hearted invitation, rather than as a left brain imposition’. Great way of putting it! Could you tell us about Dovetales, your ten illustrated educational books, which were well received in the UK, Hong Kong, South Africa and Hungary?

Somewhat disillusioned as a secondary school teacher with no university degree, I watched fresh faced youngsters open to learning slowly closing down as the brightness in their eye dimmed to an obedient blankness. I nearly wrote blindness. Such reductionism I saw as caused by the anti-life boxing of segregated subjects. All confined by a harsh corridor bell and crocodiles of tamed learners living more in the fear of failure than being enlivened by the love of learning life in all its varied forms.

A central complaint, apart from their regularly declared boredom, was the fact that most relevant choices had been denied them with the consequence they felt less and less connection with the curriculum. I had already written two story books with the word Tails in the title. Having had the vision of the format, my next series of 10 potential books were to take, I asked the universe for a title to include the word Tails. That same night I was awoken at 04:00, sat bolt up in bed, and heard loud and clear ‘Dovetails’! I then went straight back to sleep.

Waking with gratitude next morning, I was illuminated by the realisation that everyone is a storyteller, and the tale they tell is the way they choose to lead their lives. Hence the present day spelling Dovetales, a word often miss-pelt by reviewers! As suggested within these illustrated pages, all areas of learning can creatively cross-fertilise with all others. The driver in my opinion should always be the individual learner based on her or his overriding love and passion; this in itself probably based on their central talent gift and skill. Hence instead of remaining a servile servant to the State-system, they can teach themselves through person-centered approaches to become master craftsman in shaping their own existence through life-long learning.

To go on living, and to make sure my legacy has longer legs than mine, with less hair! Playfulness aside, that inheritance may not just be my writings, but ATMA Enterprises 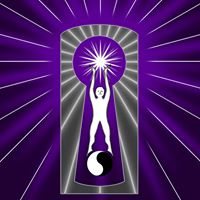