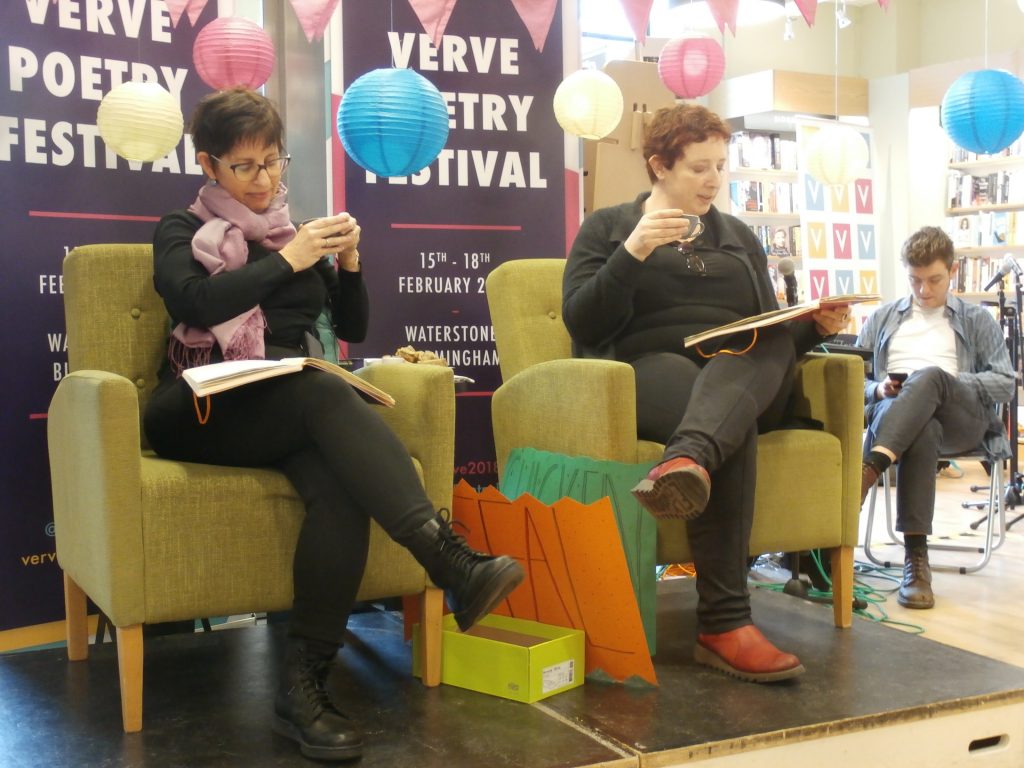 I can’t remember how I found out about the Verve Poetry Festival, but I’m glad that I did. I think I needed to find an event like this.

Now in its second year, Birmingham’s own festival of poetry and spoken word took place in February. Its four days full of readings, performances, workshops and children’s events and prides itself on celebrating local writers, performers and the creativity of the city.

There was so much going on, it was almost impossible to decide what to attend, I was spoilt for choice. Imtiaz Dharker opened the festival on Thursday, but the list of poets involved across the four days was just staggering. These included; Karen McCarthy Woolf, Sasha Dugdale, Asha Lul Mohamud Yusuf, Liz Berry and Luke Wright. 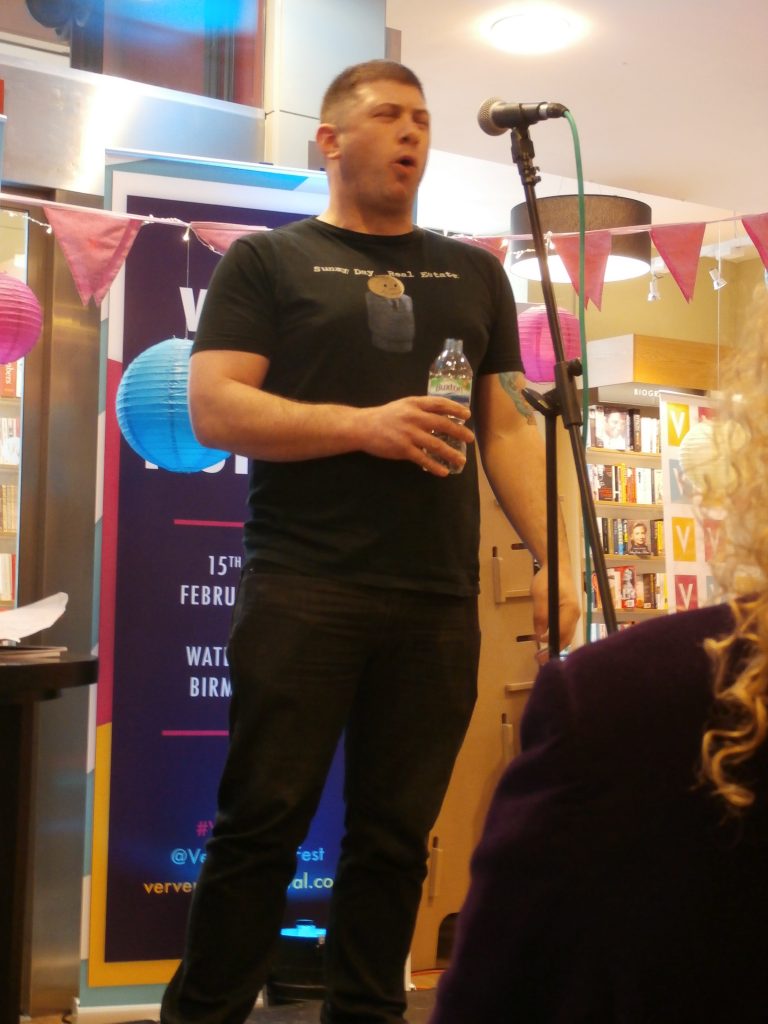 The festival took place in Waterstones, and what a great venue. Easy to find, everything in one place, and more importantly, lots of poetry books on sale. The volunteers were helpful and approachable, and still smiling on the last day.

The first poetry event I attended was Mad and Glow with Jacqueline Saphra and Tania Hershaman. It was a clever mix of theatre and performance. Entertaining words and prose about family relationships, food and motherhood. I’m not sure if they were reading their own work, each other’s, or a combination of both, but the style and presentation worked well. It’s the first show I’ve seen where the performers have a cup of tea half way through and offer the audience marmite sandwiches. 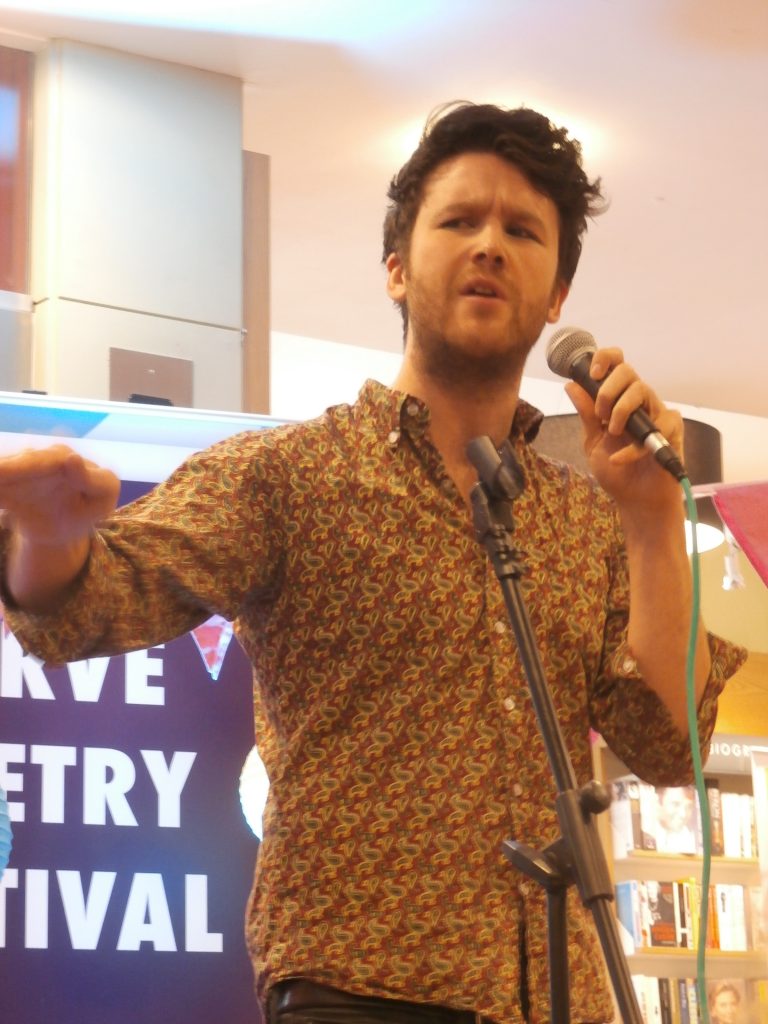 The afternoon was destined for spoken word, and performances from Nymphs & Thugs. Four contemporary poets; Salena Godden, Matt Abbott, Maria Ferguson and Jamie Thrasivoulou. Each poet brought something completely different and unique to the stage, if you get the chance to see any of them perform I would highly recommend it. They were all brilliant.

I had such a good time at Verve. I left with more poetry books and plenty of inspiration for my own writing. The welcoming atmosphere, positivity and encouragement of this festival is infectious. It has a spirit of its own, and I’ll be back for more. I have found my poetry home, and it is at the Verve festival.