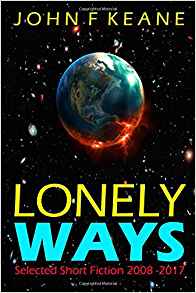 Childhood alienation and ill-health gave me an early passion for the written word as a vehicle of escape. Being the most elevated form of literary expression, poetry consequently became prominent in my life from an early age. Although I never studied literature beyond A Level, Robert Fagles’ translation of The Illiad is always with me, as are the complete works of Larkin, Yeats, Shakespeare, Brooke and Thomas plus several anthologies of the finest English verse. Since I know many of these masterworks by heart, I like to think they infiltrate my own humble works by some process of unconscious osmosis. Embedding the finest poetry in one’s memory engenders reflexive familiarity with the classic verse forms, metres and techniques, promotes eloquence and generally naturalises excellence. Not that my writing is in any sense excellent; but that is the goal, at least.

In recent years I have begun to experiment with hexameters and alternative verse forms; but metrical form of some type is always maintained as a bulwark against creative chaos. Traditional poetic structures and methods have proved effective across many centuries, so why try to reinvent the wheel every time you write? Engineers or architects don’t dismiss the accumulated wisdom of millennia, so why should poets or artists?

You have published several books, one of which is called The Drunken Bag Lady’s Arcadia. Interesting title! What are your other collections, and where can we get hold of these?

The title is a parody of Sir Philip Sidney’s The Countess of Pembroke’s Arcadia, published in 1580. Instead of a courtly countess, I dedicate my poems to a drunken bag lady; after all, a man’s got to know his limitations. I have two other poetry collections. Cremation, Please is a series of nihilistic meditations in the despairing spirit of Shakespeare’s sonnet 66 (‘tired with all these, for restful death I cry’). The Two Cultures was inspired by C P Snow’s belief that art and science are increasingly opposed realms; these poems humbly try to build bridges between the two (instead of wilfully ignoring science, like most contemporary literature).

Can you share with us a couple of your poems and walk us through the ideas behind them?

A man lurks in glass, his grainy, grey reflection
Sunk deep in these waiting years. Forever he stands,
Something or nothing, his face in taunting shadow,
A thousand fates or none. Perhaps he is waiting

For a girlish youth lost in wide-eyed spectacles
Lank-haired head full of Playstations, numbers and Muse,
His feet unsteady on the bright rim of desire
Drawn by the city to dreams of another life

And maybe he found whoever he came to meet
Or found another or another fate, who knows?
A razor sharp blue light pervading everything
Ensures no closure here, the case forever closed.

‘Ten Years Missing’ was written in 2017 to commemorate the tenth anniversary of Andrew Gosden’s disappearance. He went missing after taking a train from Doncaster to King’s Cross in 2007 at the age of 14. Nothing about the case fits together properly – for example, video footage of King’s Cross and the surrounding area was ignored by the police until the trail had gone cold. Andrew was highly intelligent and a gifted mathematician. It is one of those cases where the more you know, the less you know. A CCTV image possibly shows the reflection of someone waiting for him outside King’s Cross (‘a man lurks in glass’). A year later someone entered Leominster police station in the West Midlands saying he knew what had happened to Andrew, but it was never followed up (‘no closure here’). Despite the extensive police investigation (‘sharp blue light’) the case may remain unsolved (‘the case forever closed’).

My second poem is called ‘Go Missing’ and owes much to my right-wing libertarian perspective. The values you were raised with have no claim on you, especially if they were abusive or dysfunctional. The same is true of people or places. Your sole responsibility is to your rational self-interest and nothing more. You can make the decision to start a new life at any age, old or young. Once the decision is made, it must be absolute; never look back. The use of iambic hexameter is intended to convey a sense of wandering grandeur, as is the line from The Tempest concluding the first stanza:

Write not a goodbye note, depart without a word;
Resolve to leave your life and never once return.
New shoes await your feet, new clothes your back, new sights
Your eyes; new languages are eager for your tongue,
New lands your journeys. You must go missing, then;
And like a vanished dream, leave not a wrack behind.

Give everything away: you will not need such things.
Your life was nothing but a harness of regret,
A coat of faded threads and patches long outworn.
This tapestry is made, and fair its finery;
But little thread endures, and still the Fates spin on.
Now go: and make a better life of what remains.

You are part of the Write Out Loud group. Can you tell us about it? As part of the group, you recently wrote poetry inspired by Mark Sheeky‘s 21st Century Surrealism exhibition at the Stockport War Memorial Art Gallery. Can you give us a glimpse into the event?

Write Out Loud is an online resource and community dedicated to the promotion of poetry at a grassroots level. Although its primary stronghold is the north of England, it is forging links with the international poetry community.

It was a great privilege to be part of Mark’s exhibition. The idea of the different art forms in cultural conversation is one dear to my heart. I haven’t much talent for the visual or musical arts (or the literary ones, for that matter) but I greatly admire those who do. I had already seen a few of Mark’s paintings and figured his daring and original imagery might inspire some vivid Ekphrastic poems (poems inspired by works of art), adding depth and texture to his exhibition. In the event, every painting inspired one or more poems, many of which offered completely different perspectives on the same visual referent. The ideal response would be some counter-Ekphrastic paintings inspired by the poems, of course.

Do you prefer poetry or prose? Have you written in any other genre?

I think good prose can have poetic elements, and often does. However, poetry has to create a more immediate impact on the reader, due to its generally shorter length. Meanwhile, prose has much greater potential for extenuated argumentation than poetry: poetry that sets out to argue the case for or against something is usually bad poetry. Perhaps we could say that poetry is a stream while prose is a river: though they cross the same terrain, they do so in very different ways. Speaking of prose, I have a collection of short speculative fiction entitled Lonely Ways available on Amazon. Some of these pieces are written in a poetic prose style (what Ayn Rand termed ‘romantic realism’).

What advice would you give your younger self?

Become a plumber. Also, remember that a youth without sex is a wasted youth.

I’m trying to read Forever Amber by Kathleen Winsor. An incredible novel stuffed with fascinating period detail but a sore strain on my feeble eyes and brain.

What advice would you give to budding poets?

Enjoy it as a hobby and vehicle of self-expression but don’t plan to earn a living from it. In fact, don’t plan to earn a living from anything creative unless you are incredibly talented, lucky or well-connected (preferably all three). Rich writers and artists are fallacies of significance. Many notable poets studied practical subjects, anyway (William Carlos Williams was a doctor; Wallace Stevens an insurance lawyer; and Thomas Hardy an architect). So study a remunerative subject and write as a hobby; if it happens, it happens. If it doesn’t (and it probably won’t), let it go. At least you’ll have a career and a half-decent life, at the end of the day.

My primary inspiration is probably the American novelist, Ayn Rand. The Fountainhead (1943) is generally felt to be her greatest work. In this libertarian tale of achievement and self-transcendence, Rand demonstrated that we don’t have to put up with anything that retards our rational self-interest and self-actualisation. Dysfunctional subcultures such as proletarian collectivism and Roman Catholicism have no claim on the individual and can be summarily dismissed. Everyone deserves the best life they can possibly attain.

The American writer Robert Greene is also a great inspiration. His classic 48 Laws of Power has been a huge influence on American rap music and its libertarian philosophy of striving and self-transcendence. Armed with Greene’s unique insights, the determined individual can overcome structural obstacles like poverty, racism and social ostracism to enjoy a successful life.

What’s next for you? What plans have you got?

I’m working on an alternative history novel entitled A Curious Development. This is built on the conceit that photography existed in the ancient world. It contains ten linked stories exploring various aspects of the theme across the centuries. One of these stories was published in the distinguished sci fi webzine, Daily Science Fiction while two more have been published in AHF magazine. 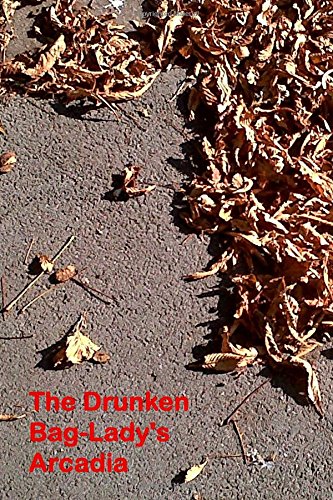