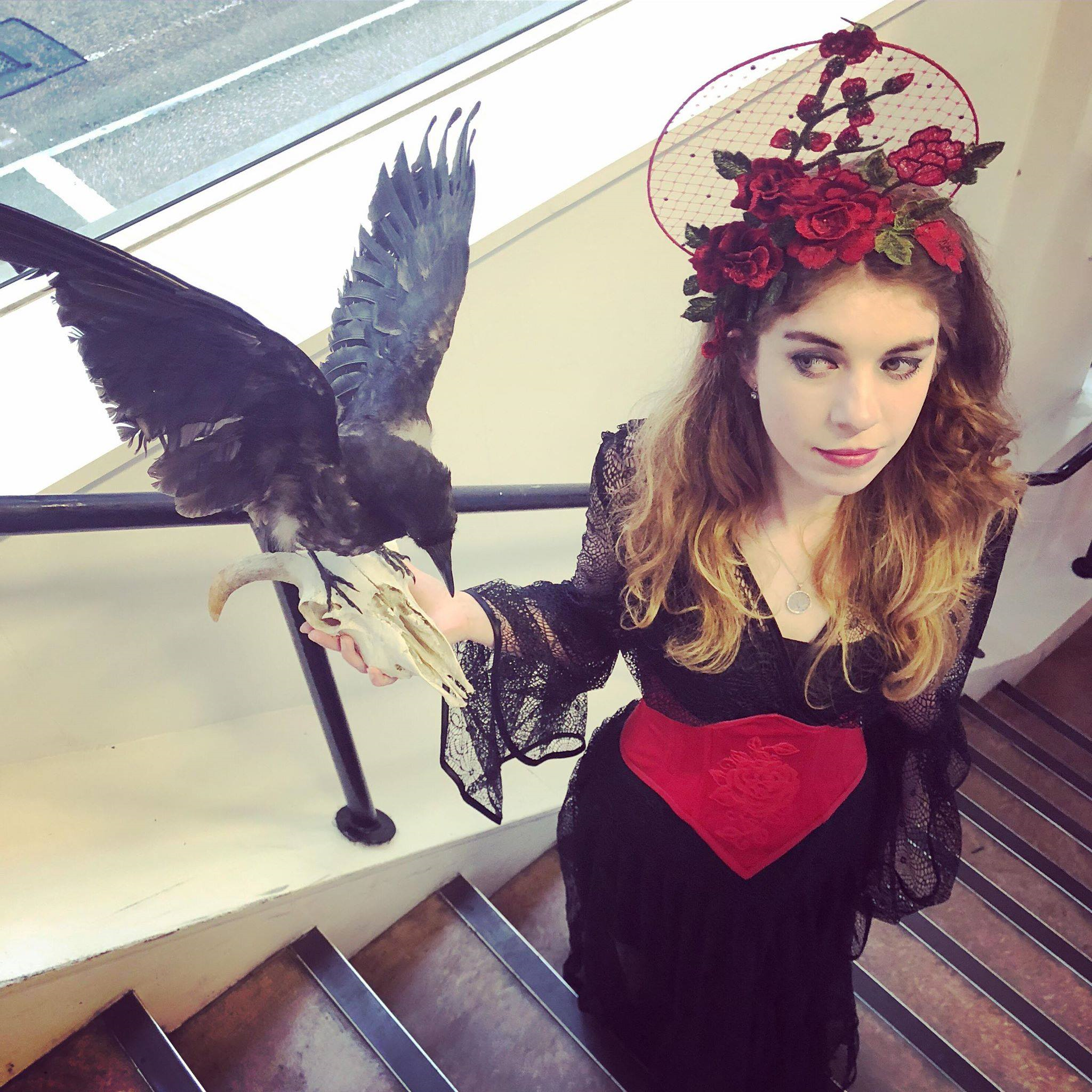 You are Editor of HAUNT Manchester. What is your idea of the Gothic? Walk us through a typical day in your world.

At HAUNT, I’m treating The Gothic with the broadest approach possible. Our tagline, revealing Manchester’s mysterious side, emphasizes an approach which celebrates the alternative and unusual, whilst looking at possible Gothic influences. From Manchester’s architecture to its myriad of subcultures, there is plenty of Gothic inspiration here and HAUNT seeks to celebrate the city as a Gothic tourist destination too.

The International Gothic Association 2018 conference came to Manchester this year, held at the same time as The Gothic Manchester Festival, so the city certainly has Gothic credentials. Plus it’s the home of The Manchester Centre for Gothic Studies (based at Manchester Metropolitan University) which HAUNT works with, and has shown that the general public really can get a great deal out of engaging with The Gothic. From dark walking tours to Halloween in the City, there is something for everyone here.

So my idea of the Gothic is a constantly evolving form, one that is capable of captivating audiences, as well as capturing cultural undercurrents and dark depths that society sometimes smooths over. To me, the Gothic is the weird and wonderful with some added weight to it.

There is no typical day in the life of a professional Goth! I typically work from the Manchester Writing School building, along with my colleague Helen Darby – who first developed HAUNT as a concept – and Andrew Turbine, who heads our spooky social media. We also have had great contributions from the likes of Lucy Simpson, Matt Foley, J.J Wray, Xavier Aldana Reyes, and many more. I also have a crow on my desk…Edgar Alan Crow, no less! A day could consist of anything from writing articles about the Gothic and alternative histories of places in the city, to interviewing the organisers behind Gothic nightlife, plus working with a range of Gothic-inspired writers.

Although my role does also consist of editing the work of others, I love contributing plenty of writing of my own to HAUNT – as there is a culture blog, plus sections for Events, Walking Tours, Places, Nightlife and Shopping – all with their own Gothic or unusual twist. I absolutely love it.

What is one of most interesting memories since working for HAUNT?

There are two stand-out moments for me. One has to be the launch event for HAUNT Manchester – because HAUNT is a network, not just a website… so connecting people interested or involved in the Gothic from across the city and wider North West. We held the event back in June in The Writing School Building (70 Oxford Street), with Helen Darby significantly behind what was a Gothic get-together of glorious proportions. It featured decoration from The Hungry Dog Emporium Of Curiosities (including a selfie coffin!), music from the ArA DJs , Helen and I wore beautiful Gothic-styled corsets from the city’s own Kiku Boutique and the turn-out was enormous. It was wonderful to celebrate the passion for the Gothic with so many people, and confirmed to us that there certainly is an appetite for HAUNT Manchester. We also gave speeches and I read my poem ‘Ghosted’.

Another stand-out moment is going to visit the Sophie Lancaster Foundation, a charity based in Haslingden which works both nationally and internationally to Stamp Out Prejudice Hatred and Intolerance Everywhere (SOPHIE). It was set up following the tragic death of Sophie Lancaster, who was from the town where I grew up (Bacup) was murdered in 2007, aged just 20- targeted due to her alternative appearance. We were interested in partnering up with the Sophie Lancaster Foundation to support and spread their message of tolerance and acceptance. Meeting Sophie’s mum, Sylvia Lancaster, was a profound experience and we talked about the ways in which HAUNT can work with the charity. I have since written an article which talks about the charity’s development of  Black Roses
resources for schools and colleges.

You are a mental health activist. Tell us more.

I am completely determined that mental health should be treated with parity to physical health. Furthermore, talking about the mind is a massively beneficial thing and needs to be integrated as standard practice, for everyone. To open your mind is both a brave and beautiful thing.

Through a lot of life I have faced anxiety, depression and was severely ill with Anorexia. There were times when I never ever thought I would see beyond it. It has taken time, the support of so many fantastic people and pursuing my passions, which showed me that life is so full, crammed with opportunities and deserves to be enjoyed by everyone. Every single person has the capacity to feel, experience and turn what they face into good.

The recovery process and these realisations for me, made me even more determined to emphasize this to other people. You always can get more out of life – that’s a tantalizing and terrifying thought! There is so much out there for you. I have worked with and written pieces in the likes of I Love MCR, Student Minds, Cathartic and more, exploring mental health themes and accessibility.

What kind of poetry do you write? Would you share a poem with us?

It’s hard to describe poetry as a ‘kind’ – as I’m a bit of a maverick, the things I do seem to crawl in and out of definitions! I guess I’d like readers to make up their own minds, but there certainly is a dark, observational strand when I write. I particularly like to explore the occurrence of oddity of the everyday, the unnerving nature of feelings and the simultaneous power and strangeness of human connection.

They torched the hill until it smoked
Heather hardening to coral, crumbled to ash.
The binoculars you never let me borrow
hung like pistols from my hands.

Your fingers captured in the distance
the stretch of flame from base to summit
which you held like an egg on either tip
like the pin from the object before you’d thrown it.

Your turn from the window I remember most
Like a match-head catches the sandpaper sleeve
But doesn’t light, reduced to the slow grind
Like salt over grandma’s potatoes and beef
For this was the evening we ate in silence
Breaking bread, I saw your fingers tremble
And World at War you’d left on the box
‘We shall fight in the hills; we shall never surrender.’

Do you do any other forms of writing?

My jobs all involve article writing – I am also the Editorial Assistant at I Love Manchester, where I cover content celebrating the city and its cultural achievements. I also have written poetry and lyrics to be performed with bands (including St Lucifer, Room 1985 and Vieon on AnalogueTrash) and I am a music writer at Louder Than War and Bittersweet Symphonies. I have written some unnerving short stories, but I’m not sure if they will see the light of day…

I am reading The Gallows Pole by Benjamin Myers – a fascinating alternative history of the North. It follows the story of the Cragg Vale Coiners in 18th century Calderdale, an area not far from where I grew up and studied as part of my dissertation (looking at the impact of West Yorkshire on the work of Ted Hughes and Sylvia Plath).

Do you believe in life after death?

I’m wavering, but that’s not necessarily a bad position.

Tell us a story in five words….

She gave them her hair.