Laura Potts is twenty-two years old and lives in West Yorkshire. Twice-recipient of the Foyle Young Poets Award and Lieder Poet at The University of Leeds, her work has appeared in Agenda, Prole and Poetry Salzburg Review. Having worked at The Dylan Thomas Birthplace in Swansea, Laura was last year listed in The Oxford Brookes International Poetry Prize and nominated for a Pushcart Prize. She also became one of The Poetry Business’ New Poets and a BBC New Voice for 2017. Laura’s first BBC radio drama aired at Christmas, and she received a commendation from The Poetry Society in 2018. 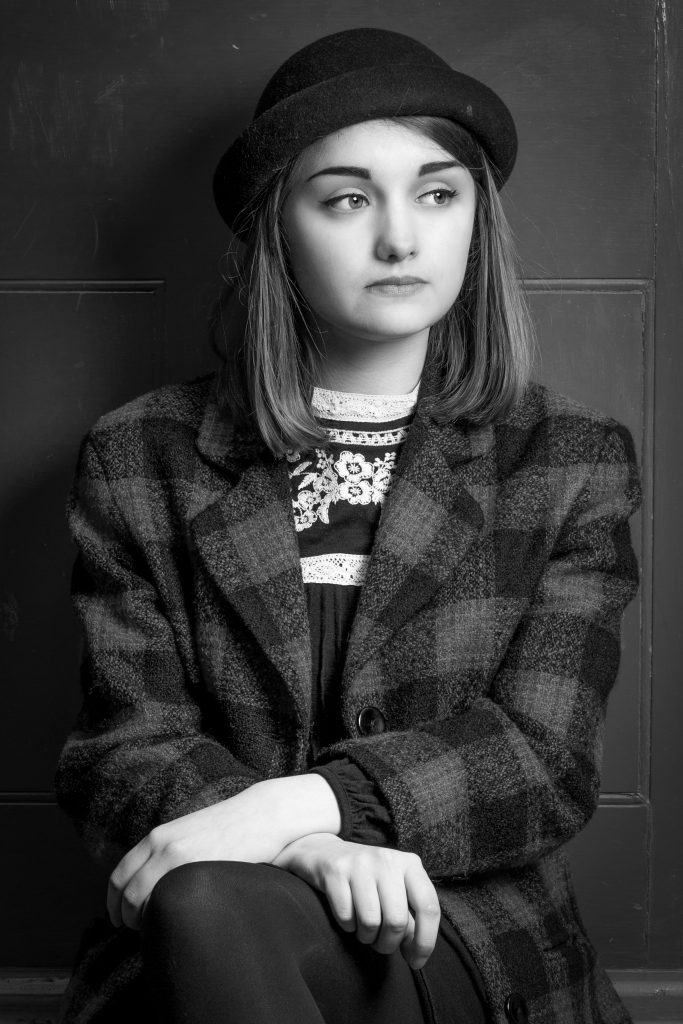 After the first, my star still north and rising,
they patched his purse of blood-burst skin,
my sleeping bud and starless. I remember him:
in all that dusk and darkness, my bygone boy
would never begin with spring-eternal grin
and years. In infant rain I brought him here.

Near to the starshook brooks, to the water’s call,
to the hill worn warm by the greening flocks
and the fox which chases night from the hills.
Remember, still, how I holy held and fell
like a last-prayer priest to my knees? These
in the sleeping snow, these in the damply death-

throe glow of Madonna’s weeping eye: these
are the lives in the seeds which cry to the gaping
mouth of night. Yes. These are all mine. I
and my yesterday’s children who never came by
and stamped their sparks on the pavement bright.
Theirs was the sleep when my eye-fire died,

when horizons never would rise in their stride
and my homehope lost in the land and gone.
Through gasping fog and winter on, I do not let
the sterile beds that hold their heads begin
to bow and hunchback-bend when village boys
and friends and all the wheeling, laughing ends

of summer spring that sleeping wall. Tonight,
cruciform, I lay another quiet life I never knew at all.

Forever as the shepherd’s hook pulled up the dusk and ever-dark,
when far-off foxes coughed the frost and laughed that more must be,
beneath the dropping eyes of stars that fought that winter to the last
was always you and me. The storm departed from the sea; the war from we

whenever through the cold-bone blue of mist came you, chin uplifted on
the winds in wedding lanes we never knew. Until in this the airfield age,
with planes that screamed the world awake, we felt again the fist of truth:
sleeping in that infant rain stood one more crooked tooth. These the graves

that ever grew to guard the isle at night, the bones beneath them ballroom-bright
that fight the thunder and the tide, and bend and beg surrender to decline
their ebbing heads. And with the herrings overhead, remember this instead:
that somewhere as the embers fled, a minister took to his bed and only ever dreamt

the dead. Oh never will the waiting world forget the winters, blue-of-birth, that
never wake the sleepers here: ever in their slumbers at the first snow of the year.

Their eyes I remember globes glass
in a camera, their past like an estuary light
in the dark. Sparks from the stars
are chiming here, chandeliers
from streetlamps in the park
mapping their own boulevard,
the night hours long and in love,
their life in their arms. Nightjars
on the lid of the pool, still bright:
the ghosts of a past
where there is always a light.

Away from then they are thirty years,
motherwit a candle in her eyes. Here
for the sleeper with his old wise light
the sun kicks spangles, coins bright
as the yesterday full in his smile.
The past, meanwhile,
a lukewarm light on their lips
at the edge of their sleep, something lit
by a childhood ballroom. I remember the moon,
a candlesworth of film hung on its spool,
when we sat in that park, the garden asleep,

the stars that fizzed in the deep hot dark
still holding their breath for you.

Me and Mrs Fisher

The world lit its lights
and hung pearls in our eyes
like trembling moons
under darkling stars.

The night
saw the city asleep
and aslope
as the land fell away to the left and the right,
the sight of the globes in your eyes
nightjars in pale pools of light.

I remember you
walking the walls
the moon in your stride
the dizzy tomorrows
full in your smile,

a starlight for two,
the glowing darkness
and you,
all the days of my life.

After that,
the hills candled bright.

Fifty years away
and we are still in this place,
where a distant future, beautiful,
chimes.

Poetry Drawer: Love in the Time of Cold by Laura Potts