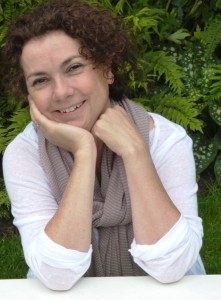 What is it you like about writing for radio?

I’ve always listened to radio ever since I can remember, my Mum used to be an avid Archers fan so that very much formed the soundtrack to my childhood and teenage years whether I liked it or not.  She doesn’t listen to it now but I love it!  The thing about radio is that you are allowed into this space, as though you are eavesdropping on people’s lives in a much more intimate way than on television or film so when you write for radio you can take a listener into a character’s thoughts in the same way.  It’s also just you listening (in the car, as you work around the house etc) so it always feels as though whatever you are listening to has been created just for you, I like the opportunities this offers for the writer, you can think of one listener listening alone.

Have you any advice for creative writing students with regards to the medium of radio?

It’s quite simple really – listen to it.  If you don’t then you won’t have a clue what works and what doesn’t because it’s very different to writing for stage or film and TV.  You have to understand what you can do with ‘sound’. When I worked at the BBC producing new short stories for the series Opening Lines, I was always looking for something that would work in the mind of a listener, a story that had a distinctive ‘voice’ to it.  Quite often when you first read a short story or play specifically for radio, you immediately start thinking of an actor who could read it and that’s because the voice is so important and although that sounds obvious, you would be surprised at the number of writers who don’t take this into account and send in any play or short story they happen to have written thinking it will just ‘fit’.   It won’t.  We used to receive about 500 short stories a year and only shortlisted about 30 so that will give you some idea of what we were working from.  Voice is key and that’s why it’s so important to immerse yourself in the medium if you want to write for it.

You have written short stories, too. Which writers inspire you?

Well I started out writing short stories and have gone back to them in the last few years which I’m really enjoying.  I was introduced to the form of the short story through the work of the great Frank O’Connor – again I have my mother to thank for this, and still have his entire collection in the original print paperbacks on my shelves.  On the surface, the best short stories seem to be about nothing at all, a casual encounter maybe or a conversation that won’t go away and I think he achieves this better than anyone else I’ve read who writes in the short form – William Trevor is another writer who does this well, I love him too.

I was a big DH Lawrence fan as a student and remember being impressed by what you could do with ‘story’ in a short story, and to be honest, although I haven’t read him in years, his collection ‘The Woman Who Rode Away’ had quite a profound and early influence on me I think.  Now – well now I read mainly women short story writers because, for me, I find their work speaks to me more than some of the male writers I’ve come across in recent years with some notable exceptions like Colm Toibin who is the most wonderful writer in any genre.    I love Kate Atkinson and Rose Tremain, Maggie Gee, and I still like new writers, undiscovered writers who might appear on the pages of a magazine like Mslexia or sites like Ink Pantry.  I think I just love short stories and I’m always open to finding new writers I’ve never come across before.  When I was reading short fiction for the BBC, it was always the most exciting moment to discover a new story from a writer who had perhaps never had anything published before, and then to launch it on to the world through Opening Lines.

Have you always wanted to be a writer and do you have a particular time and place that you like to write in?

Yes I have always wanted to be a writer – but then I’ve always read as much as I could and reading made me think:  I want to do that!  I can only write in short concentrated bursts but get an awful lot done in that time simply because I have to.  A lot of my ‘writing’ is done in my head while I’m doing other things, I have two teenage children, a lot of other family commitments and teach several arts courses for the OU, so the writing has to fit around all that.  I don’t believe in things like writer’s block, if you have limited time in which to write then that’s a luxury you can’t afford.  There’s always something to write about and the smallest things can become bigger ideas, you just have to keep writing.  As Picasso said, ‘Inspiration exists, but it has to find you working’.

I write better in the morning though, and sometimes I do actually get up at 5.15 and write before the day really beds in and I get too distracted and tired, but not too often…

What is next in the pipeline for Joanne Reardon Lloyd?

I’m two thirds of the way through a novel which I hope to get edited and finished within the next six months and I’m working on a new short story in collaboration with the artist Richard Kenton Webb (http://richardkentonwebb.com/home.html) which is really exciting.  I recently published a short story with another visual artist, Iain Andrews, in a collaboration at Warrington Museum and Art Gallery and enjoyed the whole process of exchanging ideas and coming up with something entirely new (http://www.open.ac.uk/blogs/WritingTutors/?p=602 ) .  I’m also working on a new idea for a radio play.