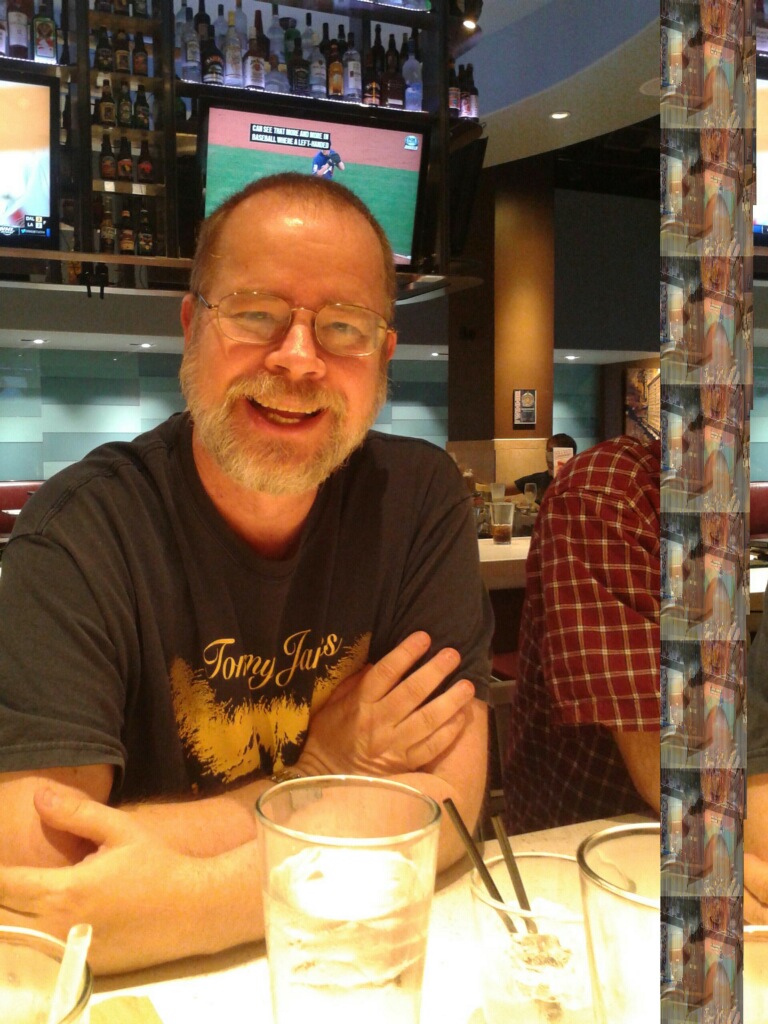 I didn’t start out thinking I would be a poet. I was a wannabe pop singer. My first poems were peace and love imitations, my own Crystal Blue Persuasion and San Francisco (Wear Flowers in Your Hair). I got bored with faux song lyrics—but not with writing. I was 15 then. I’m 63 now.

Poetry is perhaps the place where I feel most free. A blank page never judges you, never says you’re doing it wrong. It just says fill me. Make a mess. Have fun. Cry.

Tell us about your book Loplop In A Red City, which was published by Circling Rivers.

Loplop is a book of ekphrastic poems. For years I’ve written poems connected with art, particularly paintings, and I began putting them together and seeing what would happen. I owe Art Historian Dr. Ilene D. Lieberman a great thanks because she introduced me to work by many surrealist and women artists. My life grew richer from this, and I think the poems did too.

What themes have you written about in your book of prose poems, The Antlantis Hit Parade, forthcoming from Clare Songbirds Publishing House?

Many writers debate the difference between flash fiction and prose poetry. These are shorter than many flashes, but I’m not sure that length is the deciding factor. The prose poems are often surreal in their imagery. Some of them take on topics of identity, particularly LGBTQ+ issues. I hope that humour appears throughout the collection. I didn’t have a special theme for the work. Voice and image, I hope, weave it together.

LGBTQ+ rights. The environment (in praise of Nature, but also mourning for what we are doing to our poor, wounded planet). Flannery O’Connor says that a writer will have material for the rest of his/her life by getting to be 18 years old. I still investigate my childhood, the places and people who formed me. I’m never too far away from the planets. I see them as characters. I write often in character poems: Trina, Steve, Wandawoowoo, Dindi, Aaron, many others. Sometimes I prefer to think about their lives more than my own, though everything connects.

I’m a professor of English and Creative Writing. My day in the work week is classes, meetings, and grading. Exciting? At home, my husband and I are big gardeners. It’s May now, my favourite month, but an exhausting one. No matter what the day, music is a part of it.

You collect vinyl. Have you a favourite?

My favourite song of all time is from August 1967 (I was 12 when it came out): Twelve Thirty (Young Girls Are Coming To The Canyon) by the Mamas and the Papas. My favourite band is Tommy James and the Shondells.

Poets of all kinds inspire me. Bette Davis films. Ingmar Bergman films. Anyone who works even in small ways to make us more kind and less selfish.

Don’t be so scared. Make mistakes.

Naked, he answered the door.

Not in a formal sense but I’ve been writing since 1970 and it still feels like a great journey, full of surprises, a few hairpin turns. Unlike some car trips when I say ‘Are we there yet?’ I know there is no ‘there’ (apologies to Gertrude Stein). There’s another poem ahead.

Make time for your writing—which, I know, is easier said than done. Get off phones and Facebook long enough to have time to dream and meditate, and ‘bad’ poems can be our best help.

Julia Baird’s biography of Queen Victoria. My favourite novelist is Thomas Hardy, and I want to know more about Britain in that time period. Recently I was rediscovering Gwendolyn Brooks. That was/is a pleasure.

The plans I have now in terms of writing are not much different than at 15. Keep writing. Do what helps the creative fires to keep burning.