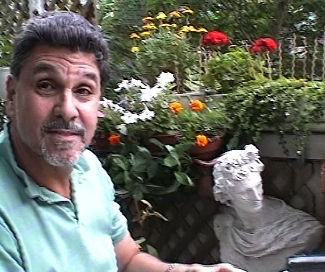 I had a difficult childhood and led an isolated life. I read fiction and drama early, but didn’t really delve into poetry until my early teens. I wrote terrible imitations of the English Romantics, Byron, Keats, Shelley, discarded them and started the search for my own voice.

Can you tell us about your poetry collection Rude Awakenings?

Rude Awakenings, unlike much of my recent work, which is often issue oriented, has diverse explorations of intimate themes, as well as broader areas of expression. 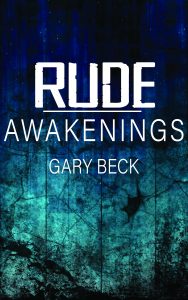 Tell us about your time as a theatre director.

It would take a long, long, long time to describe my work as a theatre director. I translated and directed the classics, as well as issue plays. I ran my own theatre from 1976 to 1996 until it was devastated by AIDS. It was the only job I ever loved. I’m currently directing one of my own one act plays and really enjoying it.

What kind of art did you deal in?

I worked for a number of galleries, then became a private dealer specializing in art of the sixties.

I write. I send out material to be published, with which I’ve had growing success. I play speed chess several times a week, and I’m working on multiple projects at the same time, novels, poetry collections, essays, plays.

Intelligent people trying to understand our disturbed society, for they’re the only hope for the future.

I try to never second guess myself.

I build hope for tomorrow.

I once went to Baudelaire’s tomb, more of a visit than a pilgrimage.

Poetry can touch the mind and spirit more directly than any other creative form and hopefully lead to illumination.