For people not familiar with the label, how would you describe it?

At the very base of things, we’re a spoken word record label that produces albums and associated merchandise; which has so far included t-shirts, zines, tote bags, prints and pin badges. However, we much prefer to only release one or two albums per year, and to work closely with our artists on an ongoing basis – helping them to promote their work, producing videos, producing events and tours, etc.

We also look to promote and support the spoken word scene in general. Our Twitter  account acts as a spoken word news feed – every day we’re sharing UK spoken word events as well as global spoken word articles and content. If we can act as a gateway for people becoming committed poetry fans, or if we can introduce existing fans to new poets, events etc. then we’ll have done our job. We’re passionate about the growth of spoken word as an anti-establishment and grassroots movement, and we want to champion renegade and dynamic poets. Our Instagram account is also like an ongoing “online open mic”, and we welcome submissions of poetry excerpts, which we feature on our feed.

Since late 2016, we’ve been running ‘LIVEwire’ events. This has so far extended to a quarterly night in Leeds, as well as regular festival slots and fairly regular events in London. These events predominantly promote female poets as well as poets of colour and poets from the LGBTQ+ community. Overall, we’re about accessible and engaging poetry which might be seen as “alternative” by the run-of-the-mill poetry elite.

How did it start?

I used to front a musical act called Skint & Demoralised, and from 2011-2013 we were signed to an indie label called Heist Or Hit Records. I asked them if they’d be up for releasing a spoken word album of mine to support a short run at Edinburgh Fringe in 2015, and from the initial meeting, we agreed that I’d create a new spoken word record label as an imprint on Heist Or Hit. I sat on it for a couple of months, until I saw a Facebook post from Louise Fazackerley, stating that she had two recorded albums and didn’t know what to do with them. After a quick phone call, Nymphs & Thugs was properly born.

When you’re working with a performer, how do you decide which poems will be recorded?

In general I like to leave it entirely to the performer, because it’s their work and I know how important it is to have creative control. Usually we’ll discuss the general approach – so for example it might be entirely new material, or a mixture, or a combination of live and studio recordings. So I’ll help them to steer it in the right direction and seal an “identity” for the release. But when it comes to the finer details, unless they ask me for my opinion, I like to leave them to it.

What sort of feedback have you had?

Most people are generally amazed that a spoken word record label actually exists! There’s nobody doing what we do on the UK scene and maybe not even elsewhere. I think the fact that we clearly put so much time and effort to promote what other people are doing and support the scene overall is recognised and respected by people, and because we only have a small number of releases and we take time on them, I like to think that they look strong and have more of an impact.

The release of  Salena Godden‘s ‘LIVEwire’ certainly increased our reputation; initially due to the fact that Salena is an iconic figure on the spoken word scene, and then also because it was shortlisted for The Poetry Society’s prestigious Ted Hughes Award. I’ve always been very humbled by praise that we’ve received by poets who I greatly admire, and I like to think that we have our own little corner on the UK scene at least. We’re small and we’re pretty limited, but we’re DIY and we really care, and I think people respond well to that.

Are the artists pleased with the results?

I hope so! I know how incredible it feels to hold something physical in your hand that has your poetry on it, and I hope that all of the artists feel the same. As well as the physical releases, it’s just as much about the continued support when it comes to promotion and events as well – I’d hate to just produce physical merchandise and then leave the artists to sell it on their own. We have an ongoing relationship, and I hope that they enjoy being on the label as much as I enjoy having them.

Who are the artists on the label?

I mentioned Louise Fazackerley earlier. She’s an incredible writer and performer from Wigan, and her ‘Love Is A Battlefield’ album was the result of a New Voices commission through BBC Radio 3’s The Verb. I’d seen Louise perform before forming N&T and was blown away by her, so when the opportunity came to effectively launch N&T with Louise’s releases, I was over the moon.

I’d been friends with Toria Garbutt for a year or so before forming the label, and always knew that we’d work on something at some stage. Shortly after we released ‘Hot Plastic Moon’, Toria was invited to support her poetry idol Dr John Cooper Clarke on tour – which she’s still doing – so it’s been a fantastic journey so far. Toria is such a rare voice on the UK scene and a breathtaking performer, and the more people that discover her work, the better.

After being on a bill with Salena Godden in December 2015, I knew that I really wanted to work with her. I’ve always been in awe of Salena – it’s no mistake that she was described as a “tour de force” by Lemm Sissay – and to be honest I felt nervous about approaching her to do an album with N&T. But as soon as we met to discuss it (in a pub in Camden), we knew that it was going to work. ‘LIVEwire’ took the label from regional recognition in the North to national and even to some extent international recognition.

Earlier this year, we co-released an album from Kevin P. Gilday & The Glasgow Cross. I’d admired Kevin for a while, so when he approached me about the album, it was a no-brainer. One of the things that I want to do with N&T is bridge geographical divides, and whilst London/the North is obvious, there’s also a significant divide between the thriving Edinburgh/Glasgow scenes and England. So I’m thrilled to be working with one of my favourite Glaswegian poets, and on an album which doesn’t sound like anything else on the label.

I have also released my own material through N&T, and like to think that I bring something to the table from an outsider’s perspective, but I can’t really speak about myself in that sense…!

One reason I love to attend spoken word events, is that I enjoy seeing and hearing poets perform their own work. I like hearing accents in poetry. Do you think its important to record pieces of work which were primarily written to be performed instead of printing them?

I don’t necessarily want to add fuel to the “page versus stage” fire, because I think that creating a polarised divide between the two is really counter-productive. But I certainly know that I was listening to poets (as well as lyricists) for many years before I’d started reading poetry, and even now I’m much more likely to buy someone’s book once I’ve heard or seen them perform. The way I see it is, an audio release will never compete with a book or be seen as a replacement; I just want it to be an option, and I think there’s a gap in the market. Too many YouTube videos are poor quality (i.e. recorded on a phone at a gig), and uploads don’t necessarily represent an artist’s best work (they’re often years old), so by producing a high-quality audio release, you’re directing people to an aural entry point into your poetry.

Do you have a favourite piece of performance from Nymphs and Thugs, which you can recommend to our readers? (Mine is Bird St by Louise Fazackerley.)

Ah, I couldn’t possibly choose I’m afraid! I love them all in different ways… 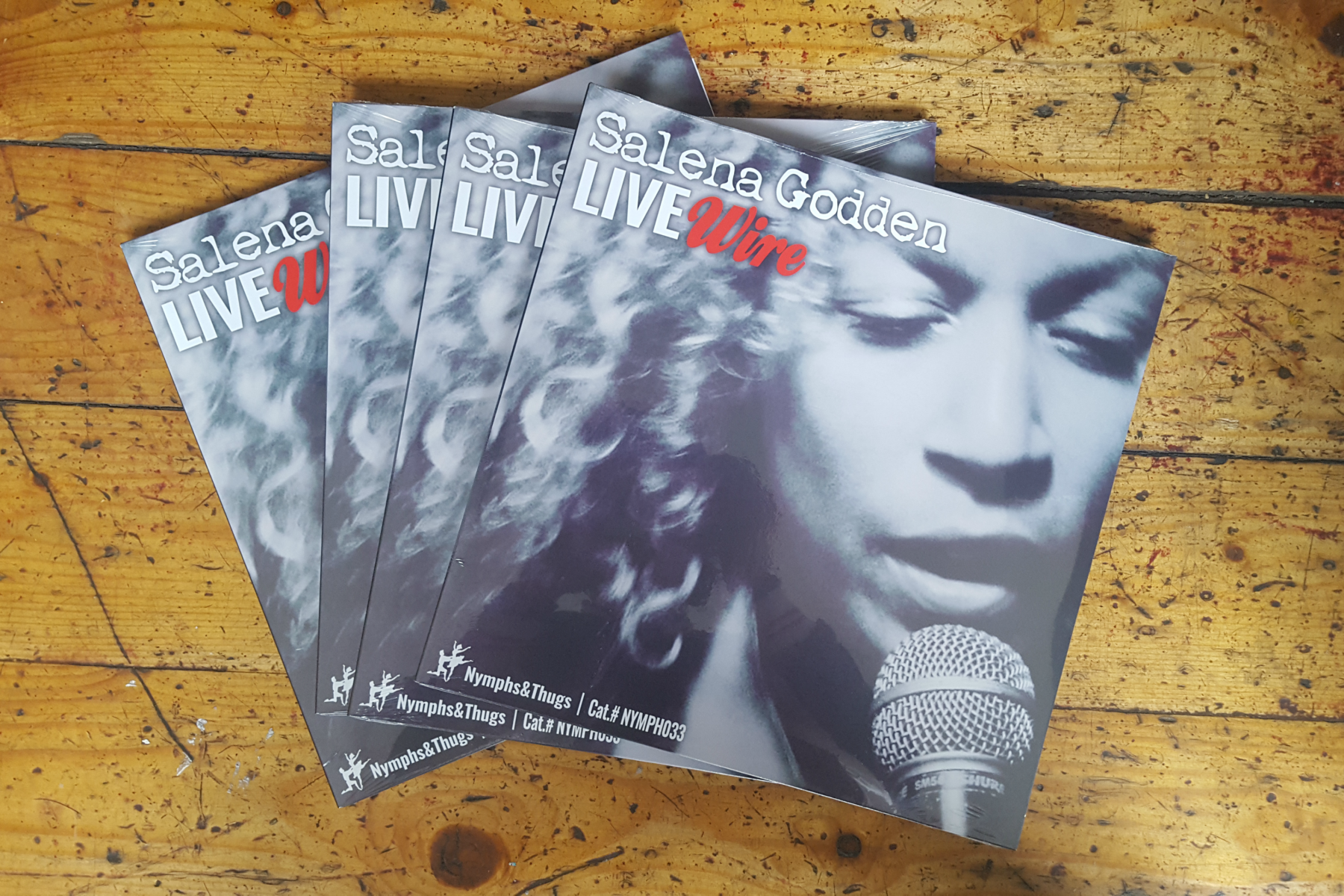 Where can we buy the albums from?

They’re all available from nymphsandthugs.bandcamp.com. If you purchase a CD, you automatically receive a free high-quality download (WAV as opposed to compressed MP3), or you can choose to do a straight download purchase. Most of the releases are also available from major providers, but it’s much much better to buy direct with indie publishers, so I beg you to buy from our Bandcamp if you are looking to purchase something from the N&T catalogue!

What’s next for Nymphs and Thugs? How can we find out more?

Well, I don’t want to give too much away. But I’m happy to say that we’re doing a Salena Godden live EP pretty soon, plus a studio recording of my ‘Two Little Ducks’ show which will be available to purchase as a digital download in a special bundle with the accompanying collection. In terms of next year, we have two major releases up our sleeves – one of which is Transatlantic – but I’m afraid that I can’t reveal specific details at this stage! 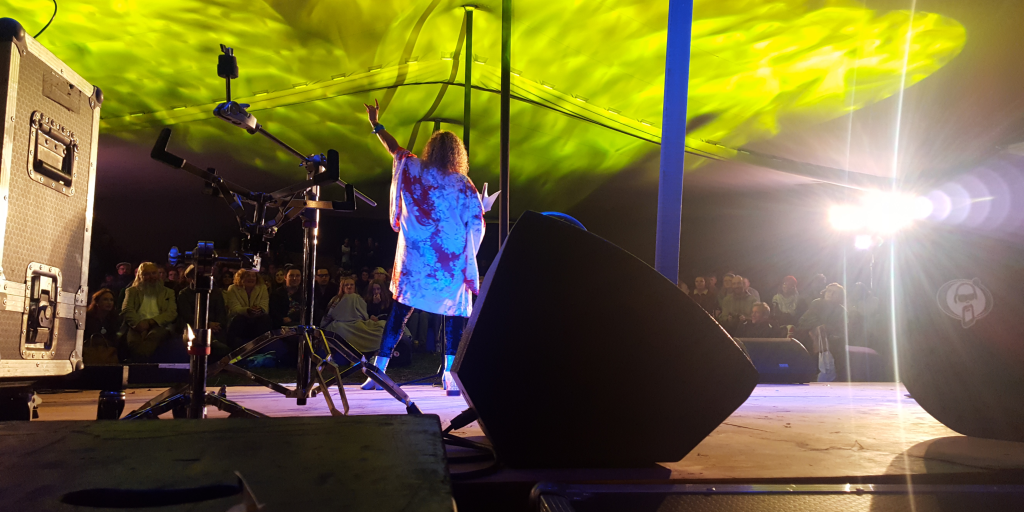