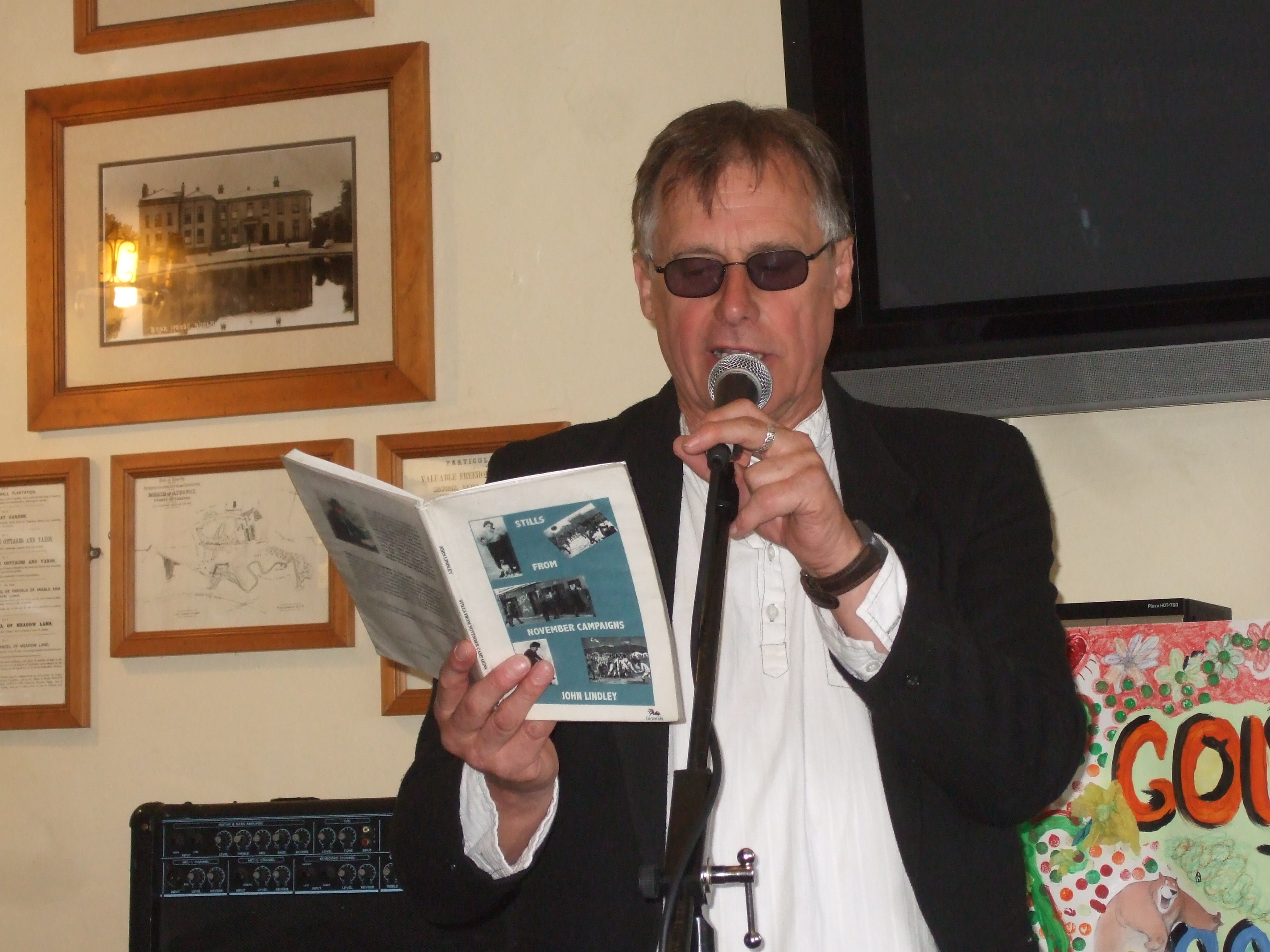 You were appointed Cheshire Poet Laureate in 2004, and Manchester Cathedral Poet of the Year in 2010. Congratulations! When did you first discover your passion for words?

Almost as soon as I could speak it seems I was making up little songs. I’m not sure that’s particularly unusual. It’s what many children do. I became an avid reader and certainly essay writing – or ‘composition’ as it was referred to – was a joy to me. I began writing poetry (badly) in my early teens.

You have written many poetry collections including Scarecrow Crimes (New Hope International, 2002), House of Wonders (Riverdane, 2008), and The Casting Boat (Headland, 2009). Your new prizewinning collection, Love and Crossbones, will be launched in 2018. Can you tell us about this? Where is the launch?

I was fortunate to be shortlisted in an international poetry competition following my entering the initially required submission of 20 pages of poetry. The 3 prizewinners were to be published. On receiving the balance of my collection I learned after the judge’s selection that I had won 3rd prize. SPM, the publishers, missed the scheduled publication date and the launch at The Poetry Cafe in Covent Garden at the end of June had to be cancelled. The book is now due for publication on 25th July 2018. Whenever it happens, I intend holding an eventual local launch in Congleton whatever other plans there may be.

You are an experienced performer, having read at many festivals, including Buxton, Edinburgh Fringe, and Ledbury. What were Bunch of Fives and Fourpenny Circus about?

These were 2 touring shows that attempted to combine original poetry with elements of theatre. The first involved poets Joy Winkler, Jo Bell, Andrew Rudd, Harry Owen and myself. Fourpenny Circus was the same cast minus Harry who was, by then, living in South Africa. We had Action Transport’s director Kevin Dyer working with us and sets and scenery were employed. The shows were far and away the most ambitious projects I’ve been involved in.

Tell us about your cinematic based show Reel To Real.

It’s a one-man show in which my poems, all taken from my cinema-themed collection, Screen Fever, are performed, accompanied by or integrated with projected film footage. Thankfully, it’s been very well received and seems to be a show that appeals to both poetry enthusiasts and, because of its subject matter, to those with little or no interest in poetry; those who would not normally attend a more conventional reading. I’ll be performing it again at The Old Saw Mill in Congleton on 13th September as part of Congleton’s Heritage Festival.

In Embers and Sparks (Riverdane, 2014) you go in search of Dylan Thomas, as poet Phil Williams puts it, ‘the legends, photographs, artefacts, and recordings echo through John’s rhymes.’ Could you please share with us one of the poems, and walk us through the inspiration behind it?

Not waking to the wall of his wife’s back,
he wakes instead to her risen absence,
coughs twice, shakes the last dimp from the pack,
scratches a match, lights up, smokes his first since

With no cross words but the one they work on,
he and his father read the clues, fill in gaps
in their relationship with pencil. Then
Dylan crosses to Brown’s for beer and gossip.

At two, in the shed warmed by anthracite
and Cat’s love, he nags a poem’s forming frame,
takes an hour to take a comma out,
another hour to put it in again.

That evening he shipwrecks in a warm tub,
a rack of boiled sweets bridging his crotch,
then supper and the cliff road to the pub
under the heron’s and the cormorant’s watch.

Not another sound on the darkening path
bar the odd cough and the scuff of his tread
but close behind him he detects the breath
of a poem that trails him from the writing shed.

Then, the kids in bed, Caitlin follows on
to Brown’s where he entertains and she mocks him
till, for better or worse, she and Dylan
make it home, make tea, make love or mayhem.

I would imagine that anyone familiar with Laugharne will recognise the geography of this poem: the Boathouse where Dylan lived with his wife Caitlin and their children in the last 4 years of his life; his nearby writing shed; his favourite pub, Brown’s Hotel, and the Pelican house opposite which he’d moved his parents into. ‘Routine’ (the poem’s title) isn’t a word one would normally apply to Dylan’s often chaotic life but it seems to me that there was a semblance of it in the first few months of his move back to Laugharne before things truly began to fall apart for him. I like to write in a variety of styles and chose straightforward quatrains with a regular rhythm and an ABAB rhyme scheme for this poem, perhaps to try to convey that sense of relative order in his day-to-day workings then. I preferred, though, not to end-stop many of the lines and to employ quite a few slant rhymes to aid the flow of the poem and to avoid it falling into a style more mechanical and predictable than I felt appropriate for it.

You provided distance learning workshops for writers in Africa as part of the British Council’s Crossing Borders project. How wonderful. Tell us more.

It was a British Council funded project run by Lancaster University. A number of writers were involved, covering various genres such as novel writing, playwriting and, in my case, poetry. We were providing distance learning via set tutorials to adult writers across Africa. At one point I was asked to visit Nairobi to run face-to-face workshops for a week with a group of students and to give a public reading. It was a thrilling experience and I’m grateful that I was given that opportunity.

As a creative writing tutor, have you any snippets of advice for writers? Do you ever get writer’s block? If so, what do you do?

‘Read poetry’ is my advice. It’s remarkable how many aspiring poets read no-one but themselves. I’d recommend reading a broad range – funny, serious, rhymed, free verse, ancient and modern and the stuff in between. It should be a pleasure, not a chore. Anthologies are a good start. Not every style encountered will be liked, of course, but I believe it’s good to be open-minded.

I suffered a long period – 3 or 4 years – of writer’s block in the early 90s. Keats’ dictum that “If poetry comes not as naturally as the leaves to a tree it had better not come at all.” didn’t resonate with me. I finally ended the block by making a determined attempt to immerse myself in poetry again: reading, attending workshops and readings and generally trying hard to reconnect to a poetry scene which I’d been neglecting.

You recently performed at Holmes Chapel library as part of a band, and have a CD available called Wasteland. How did this come about?

I’ve always written songs but, with not really considering myself a singer/musician, have generally looked on songwriting as of decidedly secondary interest to my poetry. About a year ago I began to think that I would like some of those songs to see the light of day, rather than exist as merely lyric sheets with accompanying chords that would surface only at the occasional jam session I’d take part in at the pub. I had a tremendous amount of help from others I recruited to play on, record and produce the CD. The idea of doing live performances, before or after the album was done, never entered my head. We’ve done two so far with another in the pipeline but I certainly don’t view this as a new line of work for me! All proceeds from CD sales are for charity so it’s been good that money continues to be raised through these gigs.

Believe me, Deborah, he wouldn’t listen. He was a rebellious little bugger.

You also held workshops with people in prison. It must have been so rewarding?

Very much so. Demanding and challenging too, though. I was offered a 3 year residency at Lichfield Prison but enjoy the variety of my freelance work so much, I turned it down.

My dog and coffee calls.

What kind of work did you collaborate on with American artist Daniel Bonnell?

I came across his work when searching for a suitable cover image for my collection, The Casting Boat. The title poem is one about a search for faith and I found some of his Christian paintings online and was particularly taken with them. I approached him for permission to use one them and a correspondence began. He liked my work and, despite knowing that I was an atheist, suggested a collaboration in which I would write poems in response to 50 of his paintings. It was a fascinating enterprise for me. From time to time I give designated performances of some of the poems and talk of the collaboration against a projected backdrop of Daniel’s paintings. These readings have usually been in churches and, a couple of years ago, I was booked to give the reading at a national preachers’ conference. It was hugely enjoyable. The show’s title, Crossing the Divide, signifies Daniel’s and my distinct worlds – American/English, Painter/Poet , Believer/Atheist – meeting. Another happy outcome was that one of the poems, Annunciation, that I wrote during this project won the International Religious Poetry Competition, the result meaning that they found themselves with a fully-paid up, card carrying atheist as Manchester Cathedral Poet of the Year! I’ve included the poem in my forthcoming collection, Love & Crossbones.

Adventures of a Ballad Hunter by John A. Lomax. It was originally published in 1947 and has recently been republished. It’s an account of the extensive folk song collecting and field recordings that the author undertook in the first half of the 20th century. He amassed hundreds of ballads, blues, spirituals, cowboy songs and more that would otherwise have been lost forever. This kind of thing fascinates me.

I’m currently reading too Required Writing: Miscellaneous Pieces 1955 – 1982 by Philip Larkin. Larkin remains one of my favourite poets despite myself holding polar opposite views to those he held on so many things.

Apart from your book launch of the excellent Love and Crossbones this year, what’s next for you? What plans have you got?

My plans, alongside my regular workshops and open mic events I run, are for the Reel to Real performance in September I mentioned, a collaborative show as part of Goosfest 2018 in which I’m working with a duo performing Bob Dylan songs, a few day’s WWI project work in a Crewe primary school in November, a weekend’s workshop course in Southport for OU students and some other bits and pieces. Other things get fitted in as they come along. I’m not always sure what’s coming next which, as I do this for a living, can be both exciting and a little worrying at times! I presume it’s the same situation for many others who, like me, work freelance.

I’m to be one of the contributors to a project John Gorman in Liverpool has set up, the Quality of Mersey, in which I will attempt to write a poem about the River Mersey’s source in Stockport – my birthplace. I’m also to write a poem for Mark Sheeky’s exhibition at Stockport Art Gallery based on one of his paintings. You know and work with Mark, of course, Deborah. I hope to be busy too when Love & Crossbones is published and launched in putting together and delivering a series of readings from the book. 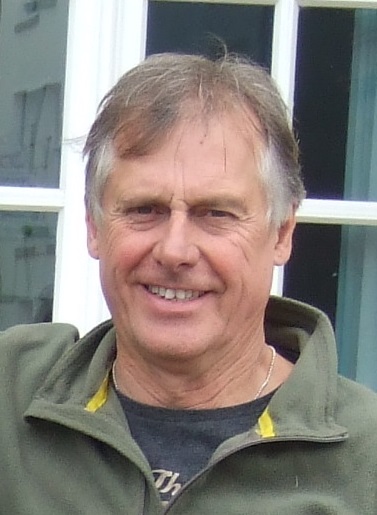