I’ve confessed many times that I love poetry. I love reading it. I love writing about it. I love it when I find a poet I’ve never heard of before and can climb into their world through their writing. I love having poets and poems recommended to me, and I’m starting to re-discover spoken word and performance poetry all over again.

Recently whilst chatting with friends I was asked where my enthusiasm came from. To be honest, I’m wasn’t sure. I was always encouraged to read and be creative, but none of my immediate family had any interest in the arts when I was growing up. The question left me quietly curious, and I began to wonder where did my enthusiasm come from?

I have vague memories of learning about alliteration at primary school. I remember writing a poem about a witch’s cat when I was 8 or 9, and then nothing until my GCSE’s. No, I’m wrong. There was something just before my GCSE’s. There was a Saturday TV show and it was called ‘A Beetle Called Derek’. 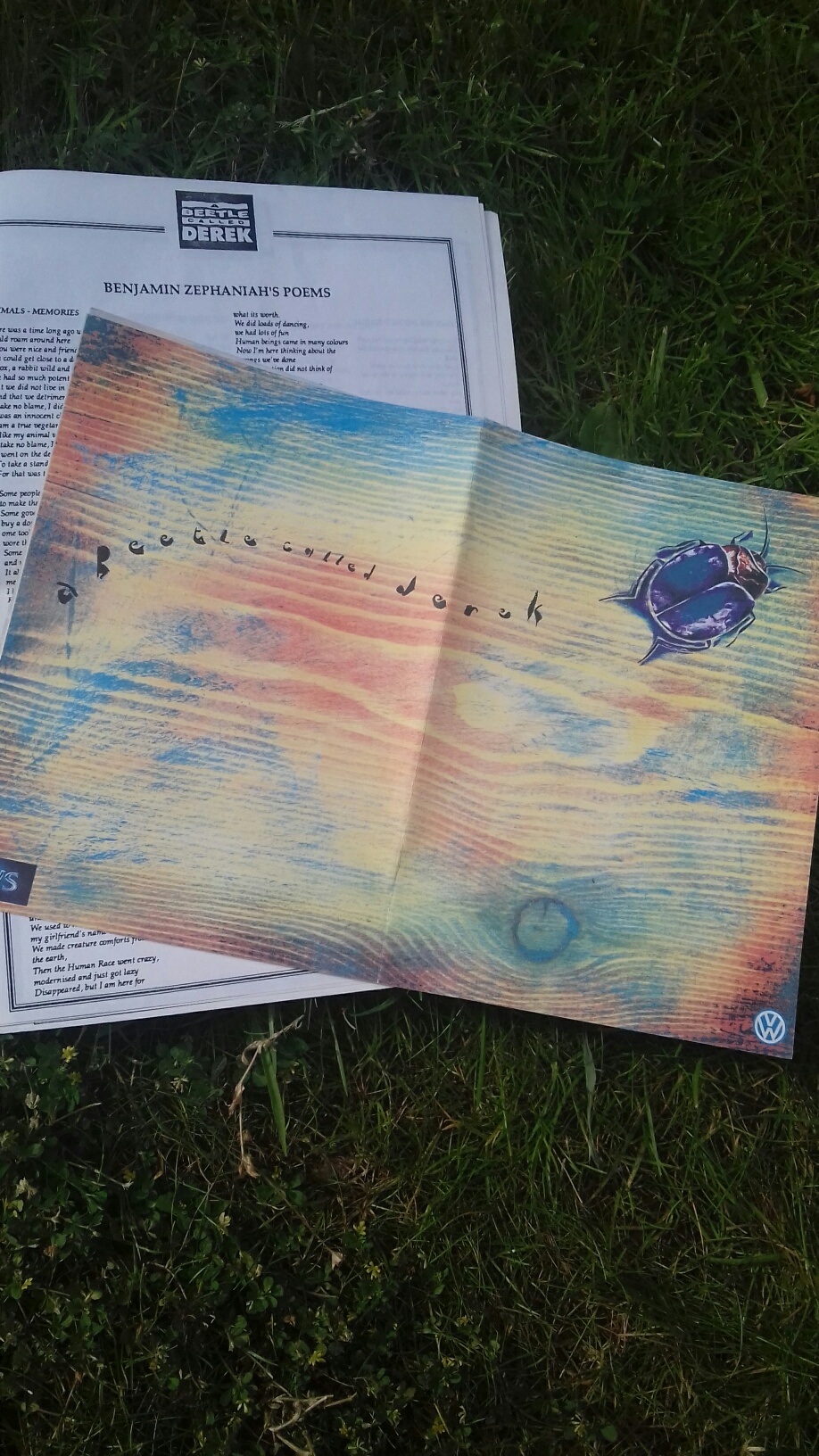 It was the first show to teach me about the environment, about animal rights and about ethical consumerism. Three issues which I’m still passionate about. The show also had a poet. Benjamin Zephaniah, who appeared in each episode performing a poem relating to that week’s topic. One of those poems was ‘Eco Warrior A Beetle Called Derek’.

The poem is about a new kind of beetle discovered in the forest which is then destroyed by humans. I remember being totally captivated by the words, by the rhythm and the topic. This was the first poem which seemed to speak to me directly about issues I cared about. I had no idea poetry could be so powerful and personal at the same time. From then on, I was hooked on poetry. I read as much as I could find in the school library. Some of it I didn’t understand, but that didn’t seem to matter. If I kept reading, I might find another poem that spoke to me in the same way ‘Derek’ had. I’ve been reading poetry ever since.

It was 1990. I was too young to have a bank account, I asked Mum to write a cheque, so I could send off for the information pack which was advertised on the show. When it arrived, I was delighted to see that it had copies of all the poems from the series. I copied ‘Derek’ out by hand for friends, and even sent it to my American pen pal. I still have that information pack. I keep it on the bookshelf with all the other poetry anthologies and chapbooks I’ve collected over the years.

In 2018 the poem still inspires me just as much as it did in 1990. I knew that it sparked my interest in animal welfare, but I didn’t realise that it started my love affair with poetry.