He was surprised there was no snow.
He was gladdened by the cleanliness.
He found the lack of horses disconcerting.
He was nostalgic for the smell of chestnuts.
He looked everywhere for flower girls.
He found the ale houses rather lacking character.
He was befuddled hearing music without musicians.
He marvelled at the glaring lights.
He was disappointed not to find a tailor.
He felt thrilled that he was stared at.
He could not find the newspaper sellers.
He recognised the poor in doorways.
He wrote them into his next book. 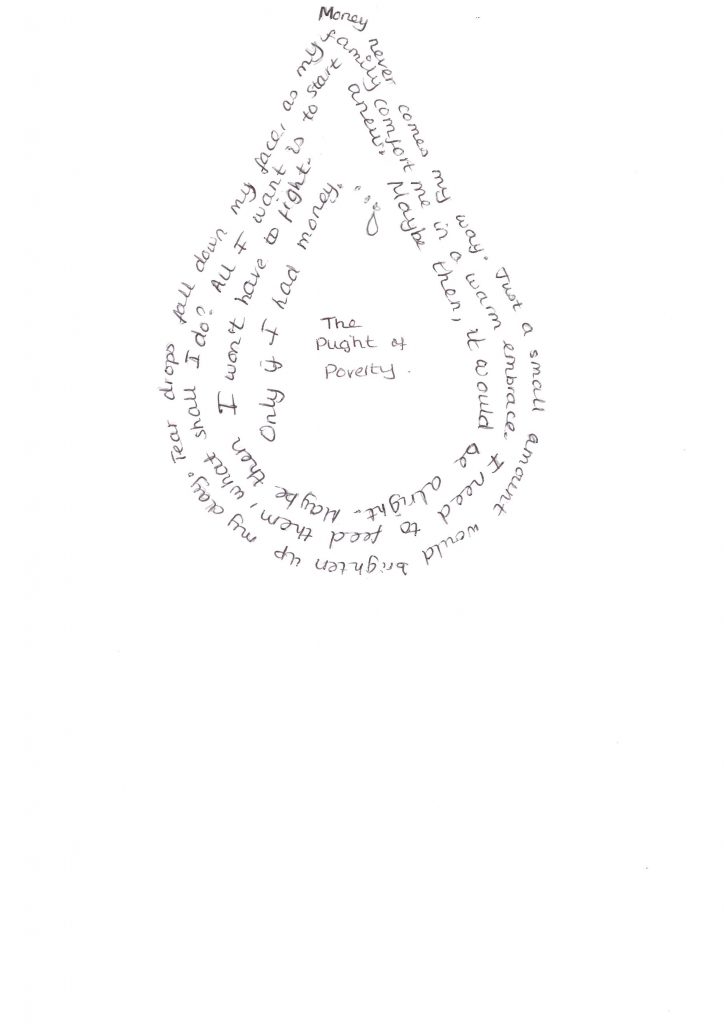 ‘Round the corner from us there’s a man
Wot collects door knockers.
Big brassy gold ones,
Like cartoon noses without a face.
No he don’t sell ’em but he do keep buying ’em;
When me and Tim was just kids he’d give us a shilling
To go pick up a new old one for him,
The shinier the better. Wants to be able to see his face in it, he says.
We’d trawl the antiques shops — Pirate-Colonels hunting for treasure —
And one time Timmy nabbed his dad’s screwdriver
And stole the one off of Fred’s mam’s front door.
Proper angry she was.

Old Scrooge’s eyes ain’t good though
So he holds each one excitedly up to his wrinkled head,
Fat red nose meeting big cold gold one,
Squinting frantically at his distorted reflection in a tiny mirrored world
While we hiccup our laughter,
Before he exhales and flashes us his disappointment.
Never throws ’em away though neither:
Just sits in a room covered with the bleedin’ things,
Bright brass door knockers puncturing faded walls,
Embarrassed, apologetic nostrils
Marking pathways to nowhere,
No one to knock
And no one to answer.

Then, on Christmas Eve, he shuts up all his curtains
And whispers to them, one by one.
I swear! Fred told us so
And Timmy and I went peeking one year

And we saw him, a draped and hooded Phantom,
Caressing the biggest, knobbliest, goldest one
With tremulous hands,
Sighing heavily, like a lover,
Looking for that dismal light
Like a bad lobster in a dark cellar,
Looking as Marley used to look
With breaths to breathe,
Eyes to see,
In living colour,
And with the dead-alive spirit
Of a seven-years-dead friend.

But come the chimes of New Year Scrooge is at it again,
Bonkers for new door knockers.
And, sitting goblin-like on his brass horde at year’s end
We wonder
If he really did
Learn anything
At all.